You are here: Home / Uncategorized / A Lizard’s Tale, Hat’s Off Corner, and Survive and Thrive Bloghop 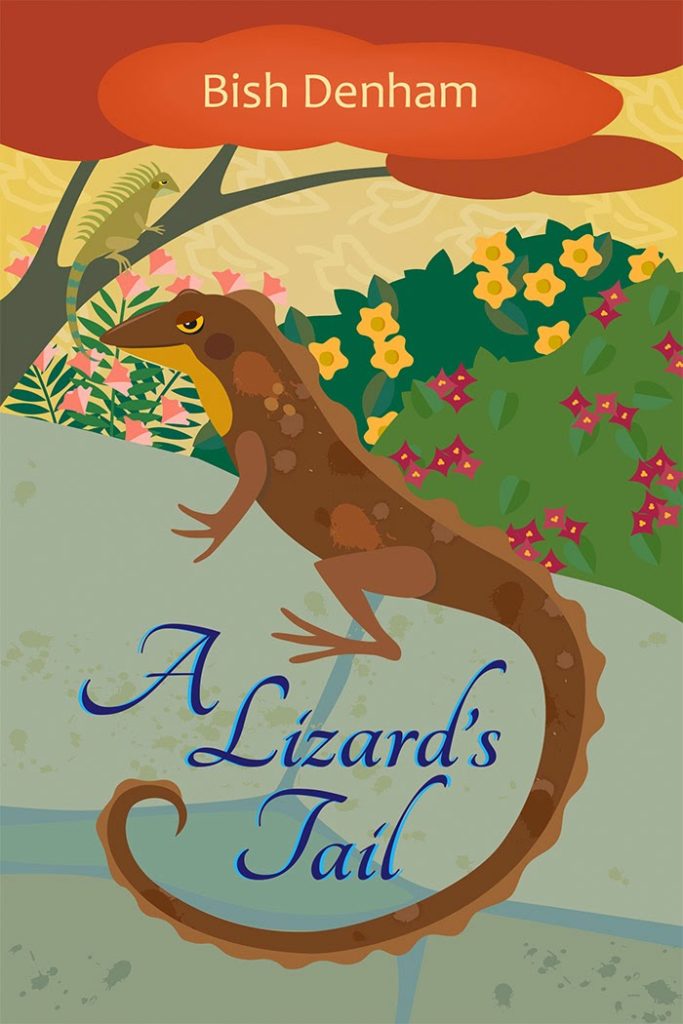 Here’s wishing
Bish Denham and her new book,
A Lizard’s Tale, a great launch.
From the moment he hatches, Marvin P. Tinkleberry knows he is destined for greatness. For one, he has a marvelous, well-groomed tail. For another he can puff out his throat pouch in the most spectacular way. Maybe the other lizards in his colony don’t take him seriously, but he knows the truth. It lives in the marrow of his bones; he’s going to be a hero.
When a feral cat threatens the lives of all who live at Stone Wall in the Garden by the Sea, Marvin knows it’s HIS destiny to get rid of the fearsome beast. Traveling Over the Hill to find help should be as easy as snapping up a sleeping moth. But it doesn’t take long for Marvin to see that the world beyond Stone Wall is not the same as his pampered life back at the garden. From the deadly Sucker Cactus Forest to deadly mongooses, danger lurks around every corner and Marvin will have to decide if he’s willing to be the hero he’s long bragged about being.
Blog: http://bish-randomthoughts.blogspot.com/
Facebook: https://www.facebook.com/bish.denham
Twitter: @BishDenham
Goodreads: http://www.goodreads.com/author/show/6439315.Bish_Denham
My REVIEW
******

After Seeley is possessed by an evil wraith, Jordan must dig deeper into the Satanic realm. Against Markus’s direct orders, she offers herself, body and soul in a blood covenant to rescue Seeley from the clutches of hell. Jordan assumes her guardian angel will not leave her to fight alone. But there’s trouble in paradise, and Markus has been reassigned. Can Jordan defeat both her internal and external demons to win him back? Or is he gone for good this time?
Facebook: https://www.facebook.com/wickedly333
Web: http://cathrinaconstantine.com
Blog: http://cathrinaconstantine.blogspot.com
Twitter: @cathconstantine

Hope you’ve signed up for this? It’s worthy of sign-ups.

A few years ago, my niece was diagnosed with breast cancer. She was thirty with two small children. If she hadn’t gone in for her annual mammogram, those children would be without their mother today. As my gram always said, “An ounce of prevention is worth a pound of cure.”

Get your check up. Now.
******
Here’s my quote for the day, which I think is right on for Survive And Thrive.

“The most common way people give up their power is by thinking they have none.”
Alice Walker.
You have the power to prevent a lot of health issues from becoming life threatening. Early detection is the key.