You are here: Home / Uncategorized / A To Z Blog Challenge: The Letter Z 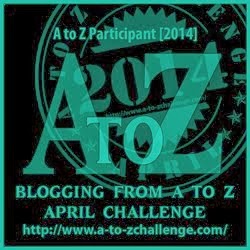 The Write Game’s Theme
AtoZ Blog Challenge
2014
Stuff I Learned or Laughed at from Bloggers in the 2013 A to Z Challenge .
All you gots to do is identify the Mystery Blogger each day. I’ll give you hints when I can. I’ll post the answers and the winner each Monday.
The last winner will receive a signed copy of The Princess of Las Pulgas

(If you already have one this, I’ll figure something else out!)BY

1) identifying the most bloggers correctly=2 points.
2) leaving witty comments=1 point or more depending on glibness
3) adding to the information and making it more valuable=2 points
TIES WILL BE BROKEN BY MY CAT. SHE’S FAIR AND IMPARTIAL.UNLESS CATNIP IS INVOLVED, THEN SHE GOES WITH THE BEST SUPPLIER.

Z is for Zarnowksy
A Russian, Zarnowsky has a dubious claim to fame, as he is known for unwittingly selling half of the richest gold claim on the richest gold creek in the Alaskan Far North for a sack of flour and a side of bacon.
Zarnowsky believed he was too late to strike it rich with his claim, which was along a small stream known as “Bonanza’s Pup.” That small stream would eventually become known as Eldorado Creek, which was the most valuable placer discovery in history.
Alex McDonald, who bought Zarnowsky’s claim for that bacon and flour in 1896, later became known as the “The King of the Klondike,” and made a fortune during the Klondike Gold Rush of 1897-1898.
Who is it? HINT: I already gave you one. Take a look at the theme.
SIGN UP or VISIT the others who are on this AtoZ Challenge and check out the HOSTS:
Arlee Bird @ Tossing it Out
Ninja Captain Alex J. Cavanaugh
Author Stephen Tremp
Tina @ Life is Good
Damyanti @ Amlokiblogs
Jeremy @ Being Retro
Nicole Ayers – The Madlab Post
M. J. Joachim’s Writing Tips
Heather M. Gardner
AJ @ Naturally Sweet
Pam @ An Unconventional Librarian