You are here: Home / Uncategorized / Celebrating Small Things, Sequel Hints and Showing Off Another Book! Not in that Order
Celebrating: This month’s moon pie making. If you don’t know about moon pie, I’m very sorry for you. But if you want the recipe, stay tooned.
Also Celebrating: A New Book! Here ’tis!
******

Sun and Moon by Lee Strauss

(Book One in the Minstrel Series)

If you’re a fan of the movie Inside Llewyn Davis, ABC television’s Nashville or Colleen Hoover’s upcoming novel, “Maybe Someday”, the Minstrel Series is for you!

The Minstrel Series is a collection of contemporary romance novels set in the singer/songwriter world. The books are companion novels, with shared settings and characters, but each are complete standalone stories with a HEA (happily ever after) and no cliffhangers! 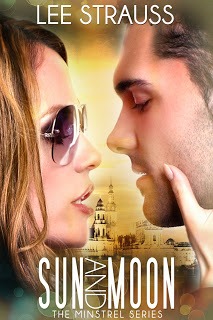 She has a past. He has a secret.
Katja Stoltz is a risk-taking singer-songwriter hoping to make it in the indie music scene in Dresden, Germany. Micah Sturm’s a brooding uptown banker on a quest.
Driven to the streets, Katja is picked up by Micah – but he doesn’t want what she thinks he does.
There’s an undeniable attraction between them, a gravitational pull they both struggle to resist. Katja knows she mustn’t fall in love with this handsome enigma. There’s something dark lurking beneath the surface. He could be dangerous.
And even if her life isn’t on the line, her heart most definitely is.

*not erotica – no explicit sex or coarse language

Buy now!
Amazon | Barnes and Noble | Kobo | itunes
Enter to win a $50 Amazon gift card, MP3s of all four songs featured on Sun and Moon, and a 12 month calendar from Dresden, Germany featuring many of the settings found in Sun & Moon.

Hint #2: Here’s another HINT about writing those sequels. Thanks to

Ruth Ann Hixson: “Write it as a sequel but also as a STAND ALONE book in case the reader hasn’t read the previous book.”