You are here: Home / Uncategorized / Cliches 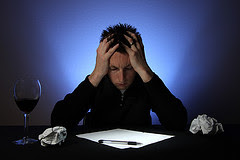 One thing’s certain. A sparkly turn of phrase turns into a cliche almost before the ink dries, and that’s  simply because those sparklers are so good at what they do. They express the idea immediately and well. I guess that’s why a writer’s work is never done. We are always scouring for a way to express something in a new way. 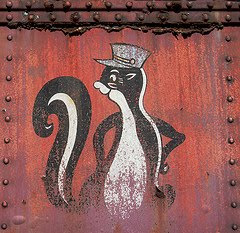 I don’t know about other writers, but sometimes I yearn to be able to stick “drunk as a skunk” or “wise as an owl”into a story. They’re so simple, so visual. Alas, I know better, so I have to scramble to create new ways to show my reader the guy coming out of the bar or the wisdom of my wonderful grandfather character. 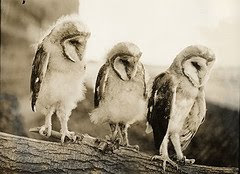 Richard Lederer once did this game in Writer and I thought since the weekend is coming up you’d take a few minutes to dump the cliche and create something fresh, something so good that it too will become cliched after your book is published.

Here’s how it goes: Complete the cliche then come up with a fresh and unique way of expressing the idea. While the cliches are four words, you don’t have to stay with any word count. Your phrase just has to convey the idea and do it well. Do as many as you’d like or just hope some other talented writer will leave a comment with something spectacular.

And BTW when you’re revising, dump those cliches before you sub to an editor or an agent. I hope this little game will hone your cliche detection on that WIP. Good luck.