You are here: Home / Uncategorized / Embarrassed and Near Death, Not in that Order

Over the years I’ve heard or read stories about other people’s lives. I’ve also had a few experiences that have entered into my “Let me tell you about the time” category. Some of these stories have crept into my books. Others are waiting in the wings. Here’s one about the time I was sure I was going to die–either of a particularly evil stomach complaint or embarrassment.

In Cuba a couple of years ago seven friends and I hired a bus and a guide for a couple of weeks to take us from Havana around the island. One morning I felt lousy, and when we hit a rough and endless road, I went from lousy to miserable. There’s nothing like a Cuban backroad to churn your stomach into a slushy volcano. I took over the back seat and stretched out. At least I wouldn’t die sitting up. When we did find a small town, there were no restrooms for weary tourists with engorged bladders and, in my case, a Vesuvius stomach.

Juni, our guide who had been a professor at the university and became a guide so she could support her family (bless Castro), turned out to be one resourceful and spirited girl. She had the bus driver stop in town, found a house and negotiated with the owner until her eight tourists could use the bathroom. Yay, Juni!

Inside the house the living room was small and pink with a large TV, a couch and tons of doilies. If I didn’t get into that bathroom immediately, I was going hurl all over that pink room and those doilies, so I dashed in, and barely noticing that this room was a baby blue, hurled into the porcelain bowl. Problem solved. But not quite. When I pushed the lever, nothing happened. Being mechanically inclined (cue laughter) I removed the doily and miscellaneous objects from the back of the toilet, lifted the lid and discovered. . . this water closet had no water.

I stuck my head out the door, avoiding the glares from the engorged seven, and yelled, “Juni, I need a bucket of water!” Being a Cubana, she immediately translated that to mean, el baño no funciona and came to my rescue.

Moral of this story: hire a university professor as a tour guide. 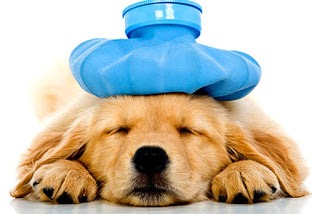 Quote of the Week: “The most poetical thing in the world is not being sick.”
G.K. Chesterton, author