It’s Back to School for a lot of kids and parents and teachers! This is my way to celebrate the fall and the new school year.

A couple of weeks ago, I asked another writer these questions, and so I thought it might be fun compare answers. Tara said she was game, so here are her answers.

TT: I’ve always been inspired by the writers of books I enjoy. Isaac Asimov, Michael Crichton, Piers Anthony, Janet Evanovich, George RR Martin. And many of my writer friends!

Me: Can you talk a bit about your experience with rejection, how you handled it, what you learned from it? Any “advice” to those who are still getting the “Thank you, but no thank you” letters?

TT: Rejection stinks. Especially when I slave over a query and rewrite it a million times… But once I hit send, I try to forget about it by working on other things. My advice is to expect rejection. It’s part of the process. And when the positive responses come, they make the rejections worth it!! Don’t fret, the positives will come – keep working, the right fit will present itself.

Me: Is there a story behind the story of this latest book that you wish to share? The ah-ha or lightning moment where the story inspiration struck?

TT: There’s always a story behind the story, right? After Pop Travel, I had requests for more. I picked up a trail I left with one of the characters. Hasan loves to create and experiment. In Simulation, he wanted to improve on his guard droids – and he did, but someone stole his work and tainted it… In Book Three: Disposal, Hasan will be working on the garbage/recycling problem and help Cooper and Geri bust some drug dealers making a highly addictive drug from recycled waste… Though he’s not the main character, he’s a driving force and hilarious to boot.

Me: What’s the hardest part of being a successful, published author? (i.e. finding time to write, creating new books that are of the same caliber as your other successes).

TT: Successful? Ha haha. My sales would disagree, but at least I’m published, right? The hardest part is the marketing. Authors are pretty much on their own these days unless they become a big huge deal with one of the big publishers. Finding a balance between home, work, and writing projects is high on the hard things to do list too! My days seem shorter and shorter all the time.

Thanks for hosting me, Lee! Great questions! 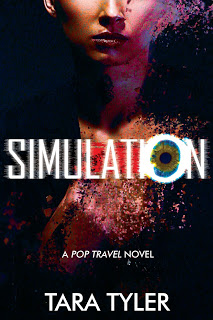 After Pop Travel, Geri convinced Cooper to move back to Atlanta, but for familiar reasons, things didn’t work out… In Simulation, Geri is fighting her way back to full-fledged, solo agent status, but first has to deal with one more annoying sidekick on an equally annoying case. Meanwhile, Cooper takes his mind off Geri leaving him by throwing himself into his work, investigating an illegal clone android simulation operation. Sparks fly when Cooper and Geri’s cases lead them down the same path. Of course Hasan wants to help them with their cases, and connives a plan to get them back together in the niddle of all the chaos!

In 2082, androids are an essential part of daily life. Some are helpful, some would make better toasters, and some are so human-like they’re creepy. Back in Atlanta, Detective Cooper’s latest client has him searching for her boyfriend who she thinks was replaced by a simulation, an illegal clone android. The guy also happens to be a popular new congressman.

As if the case wasn’t frustrating enough, Cooper keeps crossing paths with his ex, FBI Agent Geri Harper who’s looking for the same guy. As Cooper closes in, Geri is kidnapped. But when she resurfaces in Washington and goes on a killing spree, he knows it isn’t her. Now under suspicion himself, Cooper must find the real Geri to prove her innocence, not to mention hunt down the powerful villain behind it all. Never a dull moment. 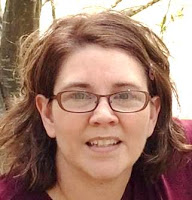 Tara Tyler writes sci fi and fantasy action-adventures from her little corner of the world in Ohio as she tries to keep up with her three boys and coach husband. Always making time to write, she sometimes puts off chores and lets laundry pile up… hence, she’s also the Lazy Housewife, offering advice and tips to other gals out there trying to do it all without going crazy. She and her housewife friends blog at The Really Real Housewives of America.

tara tyler talks and tweets and facebooks
And don’t forget the Rafflecopter!
a Rafflecopter giveaway
********

Are you ready for the fall? Does Tara’s newest sound exciting to you? It does to me.