You are here: Home / Uncategorized / In the Throes of Thursday–What I’ve Learned About Writing Novels_3 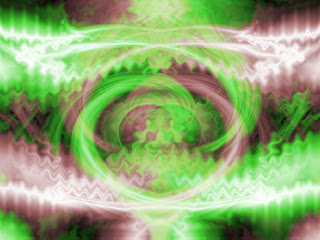 Tension. What the heck is that anyway and why would you want to add it to your story?

By definition, tension is the nervous feeling you get when you’re reading or watching something very exciting or frightening. It’s what keeps you turning the page of a book or staying awake during a movie.  No tension= 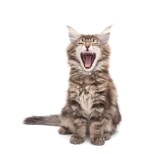 Readers love tension (not to be confused with suspense–a whole other thingy) and writers have to give it to them. So how can we do that?

1) Set up a situation where there’s friction between characters and hold it for a while, then let it go.

“You! Get out here where I can see you. Now.”
The auditorium fell to a hush as one security guard flipped open his holster and pulled out his gun. The other stood in front of the orchestra pit, signaling everyone to remain seated and quiet.
The curtain moved, but didn’t part.
The guard crept across the stage, holding his gun out. “You’ve got two seconds to show yourself.”
When he was at the parting in the curtain, he reached out to grab the edge. The audience inhaled as if it were an single person waiting for something terrible to burst from back stage.
The guard yelled, “Time’s up.” And in that moment a curly head poked from between the curtains.
“I lost,” the little boy said.

2) Write something that’s really scary and is about to happen.

In six minutes the men would arrive and it would be time for the killing to begin.

3) Trap people together who are DANGEROUS:

Just as he came to where he could see the cottage, Patches’ screams struck him as hard as Milt’s fists ever did.
He stretched out his legs and in minutes covered the last few yards to the gate, up the front steps, and into the house.
Patch huddled in the corner, his head under his arms.  Roan stood behind him with his belt looped though his fist and his hand ready to come down on Patch’s backside, already swollen with a wide welt.
“Stop.”  Enrico screamed. (From Bad Boy, WIP C. Lee McKenzie)

The waiting room chairs were already fill when he stepped in from the July heat, sweat-soaked and reeking from his last cigarette. If he were a cartoon, flies would be circling his head.
The receptionist pulled out a tissue and held it to her nose when he approached her desk to write his name on the pad of paper.
As he turned to find a place to stand, Miriam prayed he wouldn’t choose her corner, but that’s exactly what he did, smiling at her with yellowed teeth and brushing against her knee as he took up the corner next to her.

4) Use structure and word choice to create more tension. Here’s an excellent example from Stein on Writing. Notice how a change in the position of two sentence, the use of paragraphing and the use of the pronoun, “she,” works to stretch the emotions of the reader and make him uneasy.

Version #1
“Before I got your message, I thought we were going to meet over at Urek’s like usual. He in trouble again?”
A fog of silence descended. Nobody looked at anybody else. Finally, Feeney said, “She doesn’t know.”

Version #2
“Before I got your message, I thought we were going to meet over at Urek’s like usual.
A fog of silence descended. Nobody looked at anybody else.
“He in trouble again?
Finally, Feeney said, “She doesn’t know.”

5) Using the example again in 4) if you let the reader in on what has happened to Urek, then when the girl mentions him, a lot of tension builds. “She doesn’t know, but I do and it’s terrible.” That’s what’s in the reader’s head.

How do you create tension in your stories?