You are here: Home / Uncategorized / Monday Miscellany–Kicking off Summer

I kicked off summer with a quick trip to Amsterdam. I needed a break. Amsterdam needed another tourist.

Besides inhaling great quantities of “legal” marijuana as I passed the Seed Stores, I made all the tourist stops I could. I walked most of the city, enjoying the canals and the beauty of a culture that doesn’t believe in tearing down it’s cultural heritage to make room for progress. Look at the angle on these houses–a death defying tilt that made me move slightly faster as their shadow fell over me. 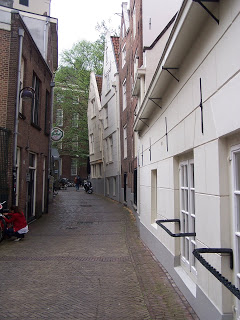 Amsterdam’s built on a bog and some of the houses date from the 1500’s. They may tilt, but they’re still there on wooden pilings that were rammed into the sand and peat centuries ago. 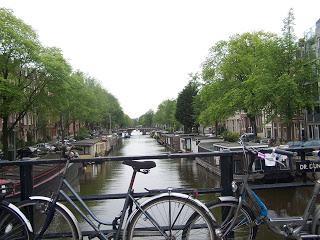 The biggest danger for a tourist is to step into a bike lane by accident. Amsterdam has over 400, 000 registered bikes; that’s more than half the population of the city.

Rembrandt and Van Gogh museums take your breath away–at least they did mine. In their relatively short lives these artists gave the world some of the finest paintings it will ever have.

Below is just a glimpse of the Rijksmuseum. It’s under construction right now, so only a part is open. And just as well. It’s huge, with over a million pieces art and other objects under the roof. 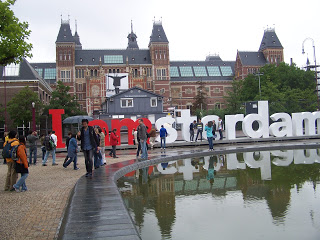 It’s a vibrant city with liberal attitudes brushing up against conservative, traditions of church.

Below, left: I loved this sign ( the blue letters across the top) in English on the right and Dutch on the left. It reads, “Jesus Loves You. The building stands at the beginning of Amsterdam’s famous Red Light District. Off to the left, you can see the two spires of the Church of St. Nicholas. It summed up the city for me. 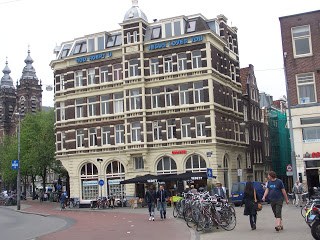 I stumbled onto a ribbon cutting for a new bar and waited to see what all the excitement was about. A carriage arrived with this fine person who sang, then cut the ribbon and entered as the first customer. 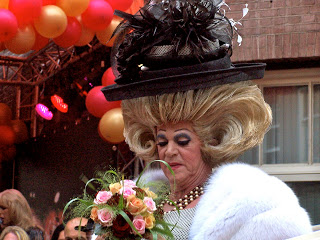 I made notes about all kinds of things: my feelings being inside the Ann Frank House, listening to the bell tower chime out the hour and thinking that these were the same bells Ann heard while she hid with her family from the Nazis, watching the canal boats float by with passengers from all over the world, standing in front of sunflowers that Van Gogh had loved and brought to life on canvass. So much to feel and so much to remember. 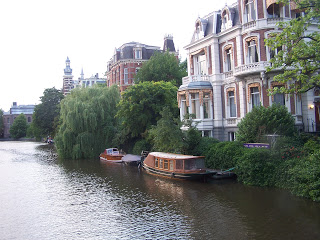 As we head into summer, I’m starting a new Monday Miscellany (MM) and In the Throes of Thursday (TT) series that I hope you’ll like. I’ve invited several authors to stop in and share their MM and TT. Cheryl Rainfield, LM Preston, Jo Ramsey are a few. Hope you’ll stop in and say to them when their posts go up. Happy Summer! Also on Thursday of this week I have a surprise. Stop in and tell me what you think.