You are here: Home / Uncategorized / New Book and Her Grammarness Just Won’t Let Up, Will She? 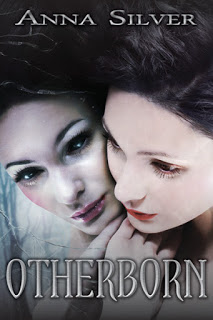 Book One of a Series
by
Anna Silver
Sapphire Star Publishing
Coming April 4, 2013

Confined within Capital City’s concrete walls, London keeps an impossible secret: she dreams. And she’s not alone. Her friends are seeing themselves in “night pictures” too, as beings from another world. Together they uncover the story of their avatars, astral shamans they call Otherborn.
When one Otherborn is murdered and another goes missing, London realizes someone is hunting them. Escaping along the Outroads, they brave the deserted Houselands with only their Otherborn to guide them. Can they find their friend before the assassin finds them? 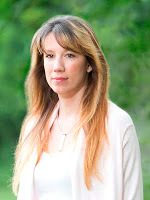 Anna Silver grew up with a passion for words, books, and storytelling. She began writing as a child and eventually landed at St. Edward’s University in Austin where she studied English Writing & Rhetoric. She has always nurtured a vivid imagination and a love for art, expression, and fantasy. Currently she resides in the greater Houston area with her family and pets where she continues to read, write, and dream. Otherborn is her first published novel.
Author Links:
Anna would love you to stop by and say hi and follow her. Here’s where you can find out more about this author.

Book Links:
Goodreads
Youtube
Excerpt  Read a bit of Otherborn.
What people are saying:
“Anna Silver weaves a dark new world full of taut suspense and characters that leap off the page.” –Sophie Jordan, NYT bestselling author of the Firelight trilogy
“Travel to a world where dreaming is a radical act that can save the world… Anna Silver’s post-apocalyptic vision is rich with imagery and metaphysical ideas, grounded by vivid, three-dimensional characters. A truly fresh take on dystopian.” –Nina Berry, author of the OTHERKIN series
“Silver built the right amount of conflict and tension to draw readers into her dystopian world, and created characters who are leery, yet determined to embrace New.” –Natasha Hanova, author of Edge of Truth.

We English speakers have done a lot to simplify our language over time. Take gender, for example. Unlike Spanish we don’t have to remember things like choosing the right article for the noun depending on whether that noun is male or female.  We can say the table and the tree, but when we switch to Spanish, it’s la mesa  and el arbol. However, we still have that thing called “case” that seems to confuse so many of us. So which is standard English?
A. Between you and me, I hated that book.
B. Between you and I, I hated that book.
A. He saw Amy and me slumped over the writers’ conference podium.
B. He saw Amy and I slumped over the writers’ conference podium.
A. Hello! You’re an agent? Yes, of course, this is I.
B. Hello! You’re an agent? Yes, of course, this is me.
Now the BIG question is WHY is one wrong and one right?