You are here: Home / Uncategorized / New WIP, Onward
I left off with Day 1 of STARTING A NEW NOVEL in which you saw the immensely thrilled author, ME, linking up my character with my treasure trove of articles from my FILE OF IDEAS, also known as IDAS as in “I’d as soon not be organized.” 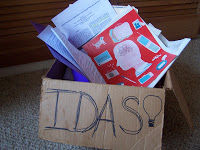 So we are now at Day 5 and I need to catch you up on this process: 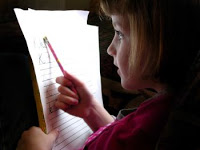 This is not my idea of fun, but it’s the only way I can think of to start the engine on a new WIP. This is my “elevator pitch” sentence, the one I use when someone asks, “So what’s the book about?” It’s also my light in the tunnel. It guides me from Chapter 1 to *prays and offers incense* The End.

It’s not set in stone, btw, and I often have to go back and tweak it when that pesky character takes a turn I hadn’t expected.

This was the sentence that I kept in front of me while I wrote Sliding on the Edge (SOTE).

A suicidal teenager and her cynical grandmother are strangers when they are thrown together. Each has secrets that stir mutual distrust until saving a doomed horse unites them and gives each a reason to live.

Day 3: Plants more vegetable seeds because Day 2 was such a bear. 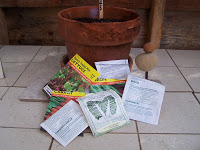 WHAT? Well, let me explain. I write a very bad what happens first, then next, then last. It’s not an outline, but it is a beginning, a mushy middle with all kinds of space between incomplete sentences for filling in as I go. I also write the end. It looks kind of like this, and again I’ll use SOTE as an example.
Shawna’s mother abandons her, leaving money and a bus ticket to find a grandmother Shawna hasn’t known existed.
Shawna meets Kay Stone. They don’t “get” each other at all. Shawna cusses, Kay hates it. Shawna doesn’t care about anything (bring out with shrugging), Kay troubled by Shawna’s isolation–wants to understand, but can’t. Show slow transition from not understanding, to some, to major climax–use horse as bonding point, way to make Shawna care about something.
Horse disappears. Shawna unites with Kay to find and save him.
Day 5: This is that day and here I am blogging away. Today I may not have time to do a single word on that WIP because I do have another life . . . sometimes. So I’ll be back, starting at Day 6. Wish me luck.

Are any of you starting a new project? Are you going through anything like this process? Do you have some ideas for how to do it differently? Would love to know. All suggestions greatly appreciated.