Did you know this?

Ray Bradbury was thirty when he started a story called The Fireman. It was 1945 just after the end of WWII. The setting in the story was an anti-book culture in which books were banned, and whenever someone discovered any, firemen were dispatched to destroy them.

Bradbury set this story aside for a few years, but when Senator Joseph McCarthy launched his anti-communist campaign, accusing almost everyone and their pet spaniel of disloyalty to the U.S., Bradbury pulled his old manuscript out and finished it. He felt the McCarthy era could very well usher in a society much like the book-banning one in The Fireman.

Once he was done, Bradbury wasn’t satisfied with the title, and on a whim, called the chief of the LA fire department to ask at what temperature paper burned, and guess what? Yep. Fahrenheit 451 was the new title. 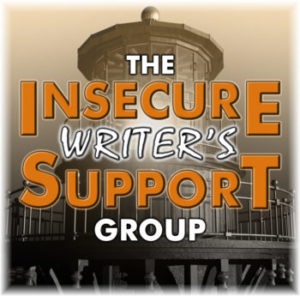 November 4 question – Albert Camus once said, “The purpose of a writer is to keep civilization from destroying itself.” Flannery O’Conner said, “I write to discover what I know.” Authors across time and distance have had many reasons to write. Why do you write what you write?

I wish I had something noble to write as my answer to this question, something that at least came knee high to the likes of Camus and other greats, but my answer’s pretty simple. I write because I enjoy the process.

Each time I imagine a story, then populate it with characters, put it into a time,  and envision a place, I think, “How in the hell am I going to do this so it’s readable?” Along the way, I frequently know I have a dud on my hands or I am a dud when it comes to writing more than my name. Then I type–one day after another–on that rollercoaster of “Yay, this is great!” “Yikes, it’s rotten!” until I look up and there I am at The End.

It’s easier to tell you reason I don’t write. Money (no surprise there), fame (another non-shocker), save the world (I’ll let Camus do that), change the world (too big a job), inspire greatness in others (I’m struggling to be a tad above average), discover who I am (I already know that).

It will be interesting to see how others take on this question because it’s a perfect one for people who write.

Something interesting happened last month. I received an invitation from an Irish Writers Group to create a video and read from one of my books. This is the result. There are so many Irish writers on this site, and some I’ve had the good fortune to meet in my hometown during Irish Writers Week! Small world indeed.

Dancing Lemur Press has a holiday special going. Take advantage of their sale and scoop up some gifts at bargain prices. Some Very Messy Medieval Magic is in this mix of great reads. 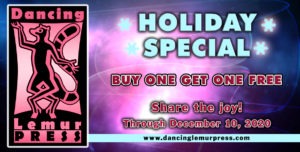 There are some great books out or about to launch BTW. Have you seen these? 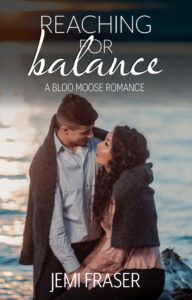 One undercover FBI agent protecting a boy.
One Lodge owner protecting his town.
One undeniable connection. 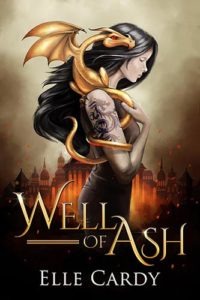 No one knows who built the Great Wells across the world or why. To linger near makes the skin crawl and the mind drift in nightmares. Yet this one calls to Ash in whispers that pull her closer. Soon she’s caught in a mystery that can kill. She must find the answers before she loses her sanity and her life.If you like dragons, magic, and a fierce heroine with a wounded heart, then you’ll love Well of Ash, a YA Fantasy novella by Elle Cardy. Available now as an ebook and paperback on Amazon. OR, for a limited time, pick up a free copy when you join Elle’s VIP newsletter club.
Well of Ash is now available via Goodreads, Bookbub and Amazon.
The official release date is TODAY!
Order your copy now and put it your TBR list.
Amazon   Goodreads Bookbub 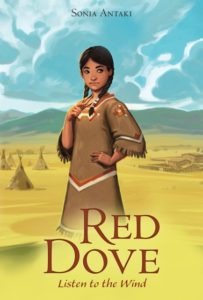 Red Dove, Listen to the Wind
Sonia Antaki
Abandoned by her white father, thirteen-year-old Red Dove faces another lean winter with her Lakota family on the Great Plains. Spirited and proud, she is presented with a stark choice: leave her people to live in a white world, or stay and watch them starve. Red Dove begins a journey to find her place and discovers that her greatest power comes from within herself.
Bookshop . Amazon . Target 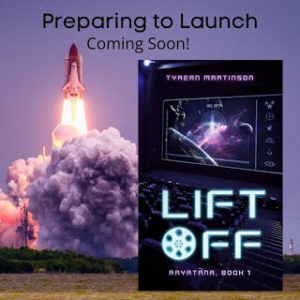 What will it take to survive a battle between alien races involved in an ancient war?

Liftoff is a fast-paced read for fans of Code 8, Guardians of the Galaxy, and Cobra Kai.

Quote of the Month: “You must stay drunk on writing so reality cannot destroy you.” Ray Bradbury