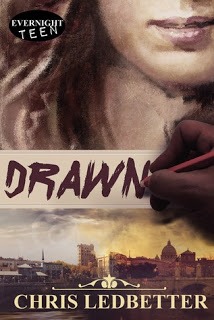 Here’s what it’s all about:
Caught between the sweltering fall landscape of Wilmington, NC beaches and southern illusions and expectations, all sixteen year-old Cameron Shade thinks about is art. That, and for Farrah Spangled to view him as more than just a friend. Cameron hopes he can win her heart through art.
After several warm interactions with Farrah, including painting together at the beach, Cameron discovers just how complex Farrah’s life is. Following a tense run-in with Farrah’s father, she forbids Cameron to speak to her again, but Cameron’s convinced there’s more behind the request.
To impress Farrah, Cameron sketches her portrait into a mysterious sketchbook. He nearly jumps from his skin when the sketch moves and communicates with him. Farrah is now in grave danger because the sketch he drew of her sucked her real-life’s soul into the sketchbook. Cameron now has twenty days to extract Farrah. To save her, he must draw himself into the book. If he fails… they both die.

My Review for Drawn 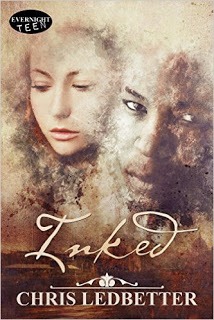 Book 2 in the series is called Inked. It’s out July 1 Pre-Order now and find out what happens to Cameron and Farrah next. 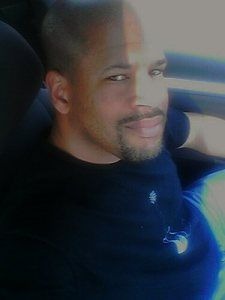 Meet Chris Ledbetter. Someone who was once a young, reluctant reader, he writes to entice kids into stories. He’s done a fantastic job so far, so keep an eye out for what Chris has to offer. His books are also available at Evernight Teen. Visit their site and order Drawn if you haven’t already.

Sign up on my Special Offers List for a chance to win these eBooks and to be featured in one of the months ahead.

#InkRipples is a monthly meme created by Kai Strand, Mary Waibel, and Katie L. Carroll. They post on the first Monday of every month with a new topic. They’re all authors, but you don’t have to be to participate.

The idea of #InkRipples is to toss a word, idea, image, whatever into the inkwell and see what kind of ripples it makes. They provide the topics and will be blogging about them on the first Monday of the month. You can spread your own ripples by blogging about the topic any day of the month that fits your schedule, just be sure to include links back to Katie, Kai, and Mary.

This month #InkRipples goes to the movies. So here are the movies from the Write Game’s perspective. I’ve been casting movies of Sign of the Green Dragon on Pinterest, and I had fun gathering actors to portray my characters. Today I’m casting the two leads for Drawn. Chris has final say, of course, but here are my suggestions.

How about David Dust in the role of Cameron? 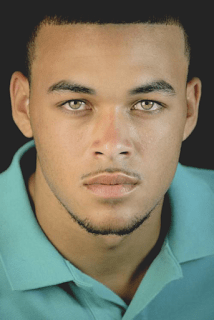 And for Farrah would this lovely be okay? Here’s an irony: this actor’s name is Dove Cameron. 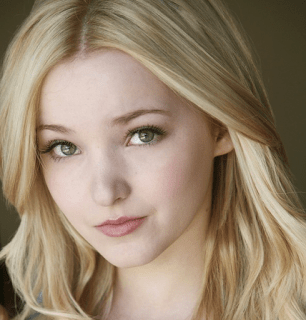 Quote for the Week: “Imagination is more important than knowledge.” Albert Einstein.