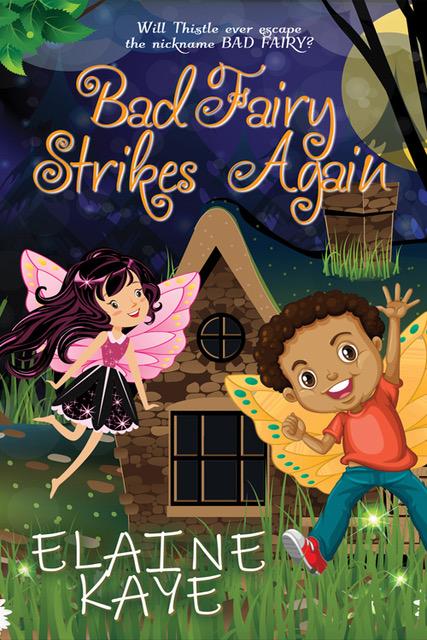 Will Thistle ever escape the nickname Bad Fairy?

Thistle Greenbud thought the nickname Bad Fairy was behind her, but she can’t escape it. Someone is spreading a rumor about her that just isn’t true and can ruin all of her hard work in getting into Advanced School. What fairy would do such a thing?

As if that’s not bad enough, Thistle’s dad goes missing. Not a single fairy in Tinselville has seen him. He’s vanished like pixie dust. Her mom is distraught, and Thistle is worried. Where could he be?

Thistle and the Flutters, along with Dusty and Moss, are on both cases. Can they find out what happened to her dad and solve the Bad Fairy rumor? Thistle hopes so!

Intro: Elaine Kaye is in her garden,
pruning her red rose bush when Thistle zips up and sits on Elaine’s shoulder.
Thistle has some questions for Elaine.

Thistle Greenbud:
Howdy! Where’s Sammy the Teddy Bear? I like to play with him.

Elaine: He’s at school with Gregory.

Thistle: Boogles. I don’t like
school. *puts hands on her hips* Has the story fairy visited you recently?

Elaine: Only you, Thistle.

Thistle: Well, I have plenty of
adventures I can tell you about. Have you ever been on an adventure?

Elaine: I’ve traveled in great, big,
metal birds to the islands of Hawaii and all the way to Okinawa, Japan.

Thistle: *her eyes grow wide* Metal
birds? You traveled in them? In their stomachs?

Thistle: Oooh. What other
adventures have you gone on?

Elaine: Do you remember the twisty
that devastated Tinselville a couple of months ago?

Elaine: I’ve never been in or seen a
tornado, but I have gone through many hurricanes. Those storms are massive.
They even have an eye.

Elaine: An eye made of clouds.

Elaine: He was a very famous
rock’n’roll singer. I went to his world-wide concert, Aloha from Hawaii,
which was broadcasted via satellite.

Thistle: Cool. I like to go to
concerts. Fairies know how to create pretty music. There was a lot of great
music at the Spring Festival.

Elaine: You did have a lot of fun at
the festival, and everyone can read about it in Bad Fairy Strikes Again.

Thistle: That’s right! Everyone can
read about me and see how I’m really not a bad fairy.

We are nearing the edge of our village limits when we see the abandoned house hidden in tall weeds. The night grows darker as we huddle in a fern thicket. “It sure is spooky out here,” Lacey whispers and shifts closer to Moss.

“Let’s move in closer,” Dusty says. “Moss and Lacey, you go to the other side of the house. Find a crack in the wall to see inside. Thistle and Rose follow me.” He looks back at Moss. “If you see anything strange, flick your flashlight on and off three times.”

“Then what?” Rose asks, munching on another berry.

“We’ll meet…um…” Dusty looks around and then points. “Over by that fern thicket. Is everyone clear?”

We nod and fly as low to the ground as we can. Once we reach our positions, we hunker down and wait. Time goes by as slow as a worm while we wait. It gets darker. After a while, boredom creeps in.

“What’s that?” Rose points behind us.

Dusty and I turn to see a shadow coming out of the woods, heading straight for us. Boogles! No, wait. There are two shadows! 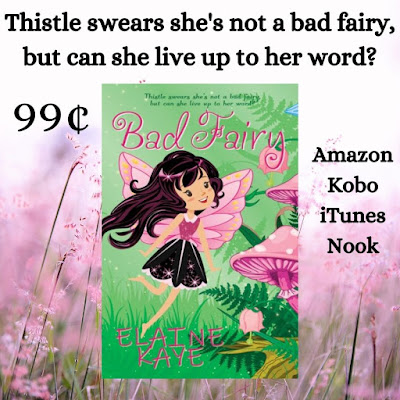 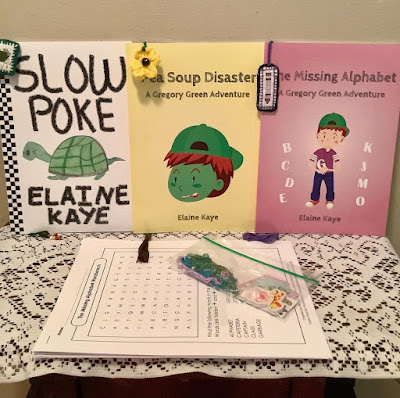 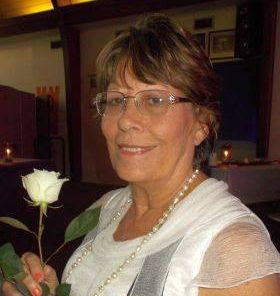 Kaye has worked as a library assistant and teacher’s assistant in elementary schools in the Sunshine State. She currently lives in Florida, but she has called Michigan; Honolulu, Hawaii; and Okinawa, Japan home. She is a grandmother of three boys.