My small celebration this week is the word, READ. If you’ve seen my previous posts, you’ll know I’m supporting Literacy all month, and hope you’ll join me. HERE ARE THE DETAILS. They’re simple and I’ve done the Tweets for you.

1. Let me know you’re interested by signing up on the Linky below. If possible grab the code and share it on your blog. If not, then please add the link to The Write Game, so others can sign up. I’ll keep the Linky on my blog until the last week in September.
2. Below are some pre-written Tweets and I’m hoping we can TWEET UP A STORM with Tweets and RT’s the month of September.

3. I’ve created a LIST/GROUP for Twitter @WeWrite4U_Lit, so please join and use the group’s handle.

4. I’ve followed and been followed by these literacy groups:

You might want to add some of them to spread your tweets.

5. Post about LITERACY on your fb Timeline at least once a week in September, and SHARE/TWEET those posts that others put up.

12 FRESH TWEETS (in parentheses I’ve put the source just in case you need it) Hope you’ll create some of your own, too.
Read to your kids.
Volunteer to teach reading. You’re needed.
Where parent involvement is low, classroom mean average is 46 points below the nat’l average. @LitPartners @literacycoop @WeWrite4U_Lit (http://www.rif.org/us/about/literacy-facts-and-stats.htm)

33% 4th grd public school students at or below Basic level on the 2009 Nat’l Assessment of Educational Progress rding tests @WeWrite4U_Lit (www.rif.org/us/about/literacy-facts-and-stats.htm)
44 million adults in U.S. can’t read well enough to read a simple story to a child.(http://www.readfaster.com/education_stats.asp)
90% of U.S. welfare recipients are high school dropouts (http://www.begintoread.com/research/literacystatistics.html)
In U.S. one child in four grows up not knowing how to read. (http://www.begintoread.com/research/literacystatistics.html)

Now I have a new book to introduce to you. And what better time to have a book about fairies, demons and witchcraft? October is just around the corner so is All Hallows Eve. Also you’ll want to take advantage of the Rafflecopter Giveaway!

The Watchers Book 1: Knight of Light

In England, 1270 A.D., Auriella (pronounced yurr-ee-ella) flees her village after being accused of witchcraft. Pursued by nightmarish creatures, she struggles to accept the truth about her humanity.

Filled with fairies, dwarves, pixies, dragons, demons, and monsters, Knight of Light is an enthralling tale that will capture the imaginations of readers young and old.

The Watchers Series has been described as Braveheart meets Supernatural.

The mythology for the series is based on many theological texts from dozens of sects with correlating themes. Ancient writings include The Dead Sea Scrolls, The Traditional Apocrypha, The Pearl of Great Price, and The Kabbalah.

“The Watchers” are supernatural beings in human form whose duty it is to protect and guard mankind from the armies of darkness.
Unfortunately, as the Book of Enoch mentions, some of these Watchers go bad. Although the mythology is based on these texts, Deirdra Eden’s The Watcher’s Series is written in a traditional fairytale style with a young girl’s discovery of incredible, but dangerous powers within herself, a cast of humorous side-kicks, a quest for greater self-discovery and purpose, and villains of epic proportions 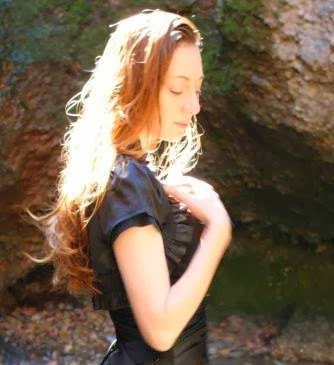 “My goal in writing is to saturate my books with intrigue, mystery, romance, and plot twists that will keep my readers in suspense. I want to see fingerprints on the front and back covers where readers have gripped the novel with white knuckles!

Aside from writing, I enjoy jousting in arenas, planning invasions, horseback riding through open meadows, swimming in the ocean, hiking up mountains, camping in cool shady woods, climbing trees barefoot, and going on adventures.”
-Deirdra Eden