Jo Ramsey has some interesting things to say about RUMORS and her new books. Two of them! 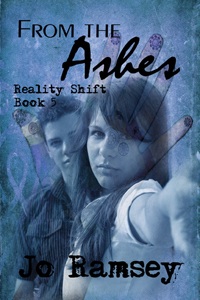 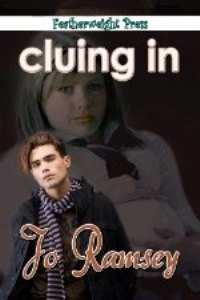 If you made it through school without having a rumor spread about you at least once, you’re very lucky. I don’t know anyone who wasn’t the target of a rumor, myself included. When I worked in public schools, every level from elementary to high school, I heard rumors about students being spread by other students. Sometimes even by teachers!

Rumors and gossip are not far off from bullying in many cases. Telling your bestie, “Hey, see that girl? I heard she’s pregnant” is just more subtle than going up to “that girl” and slamming her against a locker, but it isn’t any less hurtful. Sometimes words hurt more than actions, especially when those words spread through an environment as closed as a typical high school. Whether you’re in a school of two hundred or two thousand, somehow those rumors spread, because everyone knows someone else who hasn’t heard yet.

Rumors feature big in my two latest novels, Cluing In and From the Ashes. In Cluing In, Jamey Mandel’s best friend Jebbi Randolph has been dealing for two years with rumors that she tried to steal a senior girl’s boyfriend during her freshman year. The truth is that the boy raped Jebbi, but no one except Jebbi and a few of her friends know that. During the story, Jamey’s ex-girlfriend becomes the target of rumors that she’s pregnant—rumors which are unfortunately true. And even Jamey becomes the subject of gossip when his ex blurts out in the cafeteria that Jamey’s still a virgin.

In From the Ashes, book five in my Reality Shift series, the rumor that’s followed Shanna Bailey since sixth grade takes on new weight when Shanna has her first boyfriend. In sixth grade, Shanna was caught in the woods with two older boys, who had conned her into going with them. The immediate assumption was that Shanna was “doing things” to the boys, and that’s the gossip that’s been going around about her ever since. Shanna has never dared tell anyone except her best friend Jonah Leighton and her foster brother Mark James the truth: one of the boys tried to force her to touch him, but was interrupted before he could follow through. Now Shanna’s afraid that since her new boyfriend—along with everyone at their school—knows the rumor, he’ll expect her to “do things” with him, too.

Our society makes a big deal out of rumors. TV shows and magazines are devoted to gossip about celebrities, and don’t seem too interested in whether it’s true or not. Coworkers gossip about each other during their lunch breaks; families talk about other family members behind their backs at holiday gatherings. It really isn’t any surprise that rumors and gossip are so much a part of most people’s school experiences.

That doesn’t mean it’s right, though. Words do hurt, especially when you’re the target of them. 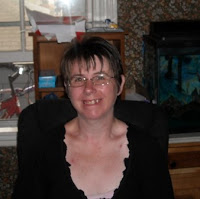 Jo Ramsey is a former special education teacher turned full-time author. She has been writing since age five, and started writing young adult fiction when she was a young adult herself. Her first YA urban fantasy novel, Connection, book one in the Reality Shift series, was published in January 2010 by Jupiter Gardens Press. Since then, books two through five in that series, and books one and two in her series The Dark Lines, have been published by that company. Her first YA contemporary novel, Cluing In, was published in November 2011 by Featherweight Press. Jo lives in Massachusetts with her two daughters, her husband, and two cats.

Get your copie of CLUING IN and FROM THE ASHES now.
From the Ashes is available at http://jupitergardens.com/Reality-Shift-Book-5-From-The-Ashes-by-Jo-Ramsey-Print.html

Well, it’s summer and given to blogging sloth as I am in warm weather, I’ve turned over the Write Game to more energetic writers. Here’s a post by Jo Ramsey that I hope you’ll enjoy. I’ll be back to do something of my own later . . . after I finish eating summer tomatoes and hiking the back trails of my mountain or strolling the beach. 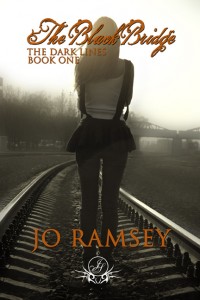 I’m excited today to be a guest on Monday Miscellany! We’ll see how miscellaneous I turn out to be. I’m usually pretty good at randomness.

I was telling a bookstore owner the other day about my Reality Shift series of books for young adults. It’s an urban fantasy series, and the main characters are two teenagers who use skills like energy healing and channeling to defeat demons, send evil dead spirits to the other side, and keep the Universe from being vaporized.

When I mentioned the energy healing and channeling parts, I received a blank look. I often do when I mention those. Then again, if memory serves, when my friend Chris first mentioned them to me back in 2005, I think I gave him a blank look as well. They are rather unusual concepts.

Some readers have probably heard of Reiki. Not the whale, but the holistic healing method. Reiki is a form of energy healing. The idea behind energy healing in general is that each person (and, actually everything, living or non) has an energy field surrounding them. Damage to the energy field can cause physical and mental injuries or illnesses; physical or mental injuries and illnesses can cause damage to the energy field. So the theory is that by treating the energy field, not only can that damage be repaired, but the physical and mental things can be healed or helped as well. The treatment is done by the healer placing their hands on or very near certain points, called energy centers or chakras, and becoming sort of a conduit for the energy of the universe, which they direct into those energy centers.

Okay. Reading that over, it might seem way out there to some. But there is a scientific basis for believing energy fields exist (some call them electromagnetic fields), and I’ve seen for myself that energy healing can be effective. For the sake of family members’ privacy I won’t go into specifics, but one person, in pain for months from a botched surgery, was completely pain-free for two weeks after an energy healing session. Another, on medication for a chronic condition for four and a half years, was able to, with their doctor’s supervision, be weaned off the medication through regular energy healing sessions. Some hospitals now allow Reiki volunteers to come in and work with chronic or terminal patients, and it does seem to help.

Channeling seems even more out there. That’s the process of allowing a “higher-level being” to speak through you. Some people call those beings angels, and I guess sometimes they are. The beings that I was taught (yes, I’ve actually studied this stuff…) are most likely to work with humans are spirit guides, light beings (which I call “light guides” in the Reality Shift books) and beings of light. The channel goes into trance and allows the being’s consciousness to use their body for a brief period of time to communicate more directly with a human.

In the Reality Shift books, main character Jonah Leighton has been studying these things and yoga since childhood. At age sixteen, he becomes friends with fourteen-year-old Shanna Bailey and begins teaching her about energy healing and channeling. In addition to the previously mentioned demons, dead spirits, and potential Universe vaporization, the two also use their skills to help Shanna overcome a painful past and present, and to change her life for the better.

Reality Shift books one through three are available now, and book four will be out this Thursday, July 21. You can find out more about the Reality Shift books, along with my other young adult urban fantasy series The Dark Lines  and my young adult contemporary novels, on my WEBSITE  The two series are available from the publisher,  JUPITER GARDENS, as well as third-party retailers such as Amazon and Barnes and Noble.

You can also learn more about the two series on their own websites, REALITY SHIFT SERIES HYPERLINK and  THE DARK LINES.