You are here: Home / Uncategorized / It’s October and Some Vampyres are Loose 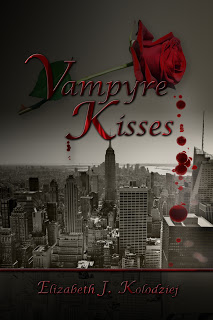 VAMPYRE KISSES is a great way to start this month that’s all about stories of the dead or the undead, those spirits who feast on the living. And look at her cover! Eye-catching, isn’t it? But wait! There’s super contest as well. Check it out here. 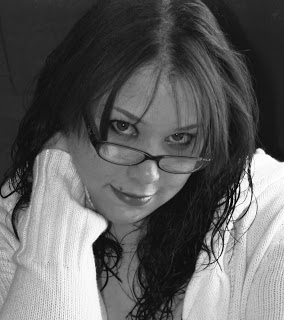 Thanks for stopping in and for answering all my questions, Elizabeth.


My first one is how do you pronounce your last name? It’s an intriguing set of consonants and vowels, but if I ever meet you in person I’ll mess it up.

It’s funny; I have only had a handful of people capable of pronouncing it correctly the first time around. Most of those people are Polish though, which is the origin of the name. It is pronounced, KO-LA-G. People ask why I didn’t use a pen name and I simply tell them, it is because I want people to learn how to pronounce it and spell it. That way I don’t have to go through the: K O L O D (as in David) Z (as in Zerbra) I E J (as in Jack). Hehe.

What drew you to writing about vampires?

I always explain to people that it is my mother’s fault and it really is. Because of her I grew up with vampires and the supernatural around me because she was interested in it. She watched Buffy, read Ann Rice, and even play The Masquerade. She is one of my greatest resources to go to when I am having a vampire dilemma.
Since it was around me I grew to love it too and it just interested me to no end. There is so much controversy around the subject of vampires and their abilities and such. It really just felt natural to write about it. Like falling in love you don’t understand what it always is about that person but you are in love with them and no one else. Same thing goes for why I write about the supernatural.

Besides your book, do you have a favorite classic and/or a favorite contemporary vampire story?

It is so difficult to pick just one vampire story I love. It really depends on the time and what is around. At this moment, I have fallen for Jeaniene Frost’s books, which tell the story of Cat and Bones. The writing is phenomenal.
But no, I don’t have just one favorite. I draw inspiration and get influenced by every story I read. Each one does something for me in a different way.

Every book is unique in some way, but there are thousands of vampire stories. How does your book stand out from the rest? What will the readers

Readers are actually finding that Vampyre Kisses is really different from the more popular books out there. Most of the uniqueness comes from the Greek Mythology mixed with Folklore and my own imagination. You get to actually see the gods in my book and hear them speak. Along with this, there is a great in depth history on vampires and how they came to be. Finally, I have included a witch, which (haha) is something not a lot of people include in a vampire story. I know Kim Harrison does but her world is very different from mine.

Tell us a bit about your MC. She sounds like an amazing character with a legacy of witchcraft and a quest to take on. If this is turned into a movie who would you select to play her? And how about Trent? In your trailer, he’s got the “eyes.”

When I think of Faith the first thing that comes to mind is how determined of a person she is. Even though she has her breaking points in the book she still manages to get to her feet and keep going. She is more intelligent than some female leads but it does take her a little while to understand everything clearly. But to me that just says that she likes to know all the perspectives and understand the situation perfectly before coming up with a solution. Faith is a loving and caring woman who would do just about anything for anyone.
Trent is a vampire I really love; mostly because he really loves being a vampire and drinking blood. I personally get tired of reading about vampires who hate being vampires and such. I always think, ok go stand out in the sun and die then if it’s THAT bad. But Trent is a vampire that is extremely protective of Faith and would do anything to save her. Sometimes he feels like she doesn’t need him though because she is showing that she can do so much on her own. Trent will learn that she does need him, more than he realizes.
If Vampyre Kisses were turned into a movie I would actually want “no-bodies” to play the parts. It is really difficult for me to see Faith and Trent and so far no one in Hollywood has struck me. I think it would be hard for me to pick out my characters because I am so attached to them and see them as something unique.

That was great, Elizabeth. Here are the places you can find Vampyre Kisses, so for a great October read buy now.