You are here: Home / Uncategorized / What to Pack and How to Unpack-Characters

A few years ago I read an article in Writer’s Digest. I can’t remember who wrote it, but her advice stuck and it’s always in my mind when I’m writing and especially when I’m revising. I remember the analogy vividly. She compared creating a good character to packing a suitcase for an enjoyable trip. In other words, don’t pack what you don’t need, but be sure to include everything you do. When you unpack do it well. 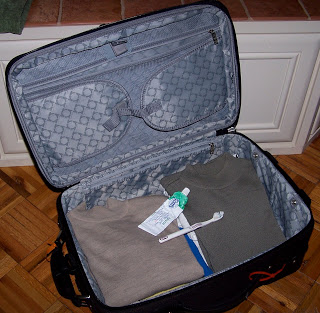 The Pack What You Need Approach 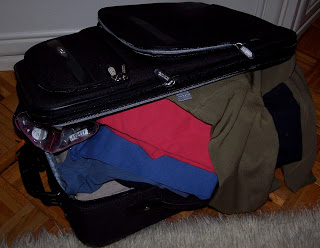 The Pack Everything Approach

When introducing characters, it’s important to let the reader know what they need to know about them and no more. For example, if the story is going to pivot on the way a character looks, include that. The way to include it is the tricky part. You can be obvious and tell about her or imply who she is through her actions.

Let’s say I’m creating a character who’s a beauty contestant and, if she doesn’t win, her chance at a modeling contract plummets to zero. Without that contract she’s doomed to waitressing in her dad’s local cafe because she’s made a deal with him. If she doesn’t win she’ll work for dear old Dad. She’s anxious. She’s irritable. She’s not using good judgment. (Not my best plot, okay?) So here’s Brenda, my beauty queen–the obvious characterization:

Brenda had long dark hair and green eyes the color of the deepest sea. She dreamed of a better life and the only way to get it was with her leggy body. In two weeks her destiny would be decided, and each tic she made next to those complacent numbers on the calendar heightened her anxiety and made her more irritable. If she didn’t win the beauty contest she’d be stuck in her dad’s cafe the rest of her life.

Or the oblique version:

Brenda stepped on the bathroom scale, her long dark hair still dripping from her morning shower. The digital numbers shot past the 110 mark and she smacked the wall with the palm of her hand.

She had two weeks before the bathing suit competition. Two lousy weeks to lose that cheesecake she’d succumbed to on Wednesdays after her shifts at the cafe. Kicking the scale, shot it into the corner and turned her big toe into a throbbing reminder that more than anything she had to win that modeling contract. More than anything she didn’t want to work in her dad’s cafe. She hopped to bathtub and sat on the edge, holding her toe.

“Do not cry. Do not cry.” Her eyes had to be their perfect sea green for the photo shoot in fifteen minutes.

Do you want to take a stab at packing and unpacking a character? You’ll do it better than this, I’m sure. Why don’t you characterize Brenda, or give us a quick plot and introduce a character in your own story. This took me about half an hour just to give you an idea of the time commitment. As to revision . . . . that would take a few happy hours.