You are here: Home / Uncategorized / YA Scavenger Hunt

Welcome to YA Scavenger Hunt! This bi-annual event was first organized by author Colleen Houck as a way to give readers a chance to gain access to exclusive bonus material from their favorite authors…and a chance to win some awesome prizes! At this hunt, you not only get access to exclusive content from each author, you also get a clue for the hunt. Add up the clues, and you can enter for our prize–one lucky winner will receive one book from each author on the hunt in my team! And I have an amazing group of writers on my team. But play fast: this contest (and all the exclusive bonus material) will only be online for 72 hours!

Go to the YA Scavenger Hunt page to find out all about the hunt. There are SIX contests going on: 1. GREEN TEAM 2. red team 3. gold team 4. orange team 5. red team, and 6. purple team for a chance to win a whole different set of books! 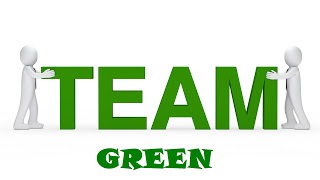 simultaneously, and you can enter one or all! As you can tell, I’m a part of the GREEN TEAM.

If you’d like to find out more about the hunt, see links to all the authors participating, and see the full list of prizes up for grabs, go to the YA Scavenger Hunt page.

Directions: Below, you’ll notice that I’ve listed my favorite number. Collect the favorite numbers of all the authors on the GREEN TEAM, and then add them up. You can use fingers and toes if necessary!
Entry Form: Once you’ve added up all the numbers, make sure you fill out the form here to officially qualify for the grand prize. Only entries that have the correct number will qualify.
Rules: Open internationally, anyone below the age of 18 should have a parent or guardian’s permission to enter. To be eligible for the grand prize, you must submit the completed entry form by October 9, at noon Pacific Time. Entries sent without the correct number or without contact information will not be considered.
Enter to Win an Extra Book 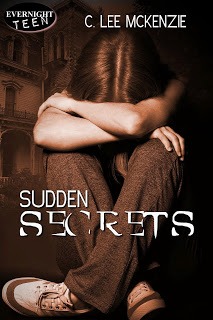 Today, I am hosting Tera Lynn Childs on my website for the YA Scavenger Hunt!

Tera Lynn Childs is the RITA-award-winning and bestselling young adult author of the mythology-based Oh. My. Gods. series, the Forgive My Fins mermaid romances, the kick-butt monster-hunting Sweet Venom trilogy, and the Darkly Fae series. She also writes the City Chicks books and is co-writing the Hero Agenda and Creative HeArts series. Her works have appeared in over a dozen languages and on multiple state library reading lists. She lives in Las Vegas, where she spends her time writing wherever she can find a comfy chair and a steady stream of caffeinated beverages. Find out more information by checking out the author website or find more about the author’s book here!

Tera is giving you an excerpt of her next book!
Talk about
EXCLUSIVE CONTENT.
You’re getting it.
By lunchtime, the morning clouds had cleared, and the bright blue of a clear sky and soft winter sunlight practically begged Tru to film something.
He pulled his smartphone out of his pocket and opened the camera app. If he had his choice of gear, this wasn’t even in the top ten. He had three quality cameras at home and there were at least a dozen in the Cinematography classroom in Building F. Hell, he even had a decent handheld in his backpack.
But what the smartphone gave up in quality, it more than made up for in portability and the ability to take candid footage.
Sloane didn’t even notice when he started filming.
Her friend Jenna glanced at the camera and then back down at her carefully arranged lunch.
Tru loved capturing these secret moments. Not just with Sloane, although he probably loved those the most, but in everyday life in general. Those instances that happened over and over again, most of the time without anyone taking any more notice than they do of a gentle breeze.
To capture those moments, to document them for eternity—or at least as long as the technology would allow—made him feel like he was contributing to something greater than himself.
Like he was turning life into art.
And the intersection of life and art described his relationship with Sloane perfectly. She came into his life at a low point, at a moment when the prospect of spending another year in the uncertain torment of life under his father’s roof was becoming unbearable. She moved in next door and provided a light at the end of the tunnel. If he could just keep walking toward her, just keep her light in sight, then maybe—just maybe—he could make it out alive.
He knew he was being a bit melodramatic. His life wasn’t actually on the line. The situation with his father never escalated to a dangerous level. But escape was almost always on Tru’s mind. Sometimes he felt like he might go insane under the constant scrutiny and attempted control.
Ever since Sloane and her mom moved in next door, he’d been thinking about escape less and less.
She gave him a reason to stay.
“Hey!”
A grape popped him in the forehead as Sloane finally realized he was filming her.
“What?” he asked with a grin, shaking off his dark thoughts.
“We talked about this,” she said. “No filming me without warning.”
“No, you talked about it.” He kept filming. “I never agreed to anything.”
She reached for the phone, but he pulled it out of reach, careful to keep her in the frame.
“This is why I can’t bring you home to meet Mom,” she teased.
He knew she meant it as a joke—he’d met her mom dozens of times. They were neighbors, after all. But there was an edge of truth beneath the sarcasm.       An edge just big enough to sharpen his own humor.
“But does it explain why I can’t bring you home to meet the ‘rents?” he tossed back.
He regretted the words as soon as he said them. He couldn’t be prouder of Sloane or of being her boyfriend. To even suggest she wasn’t good enough for his family was ridiculous. Especially when the opposite was actually true. He wasn’t good enough for hers.
Luckily, she seemed to miss the biting undertone.
“Come on,” she whined at the camera. “Stop.”
He shook his head. “It’s for a class project.”
She gave up trying to grab the phone, and crossed her arms over her chest.      “What? The annoy-your-girlfriend project?”
“How did you know?”
Jenna snorted at his response.
He winked at her.
He’d always thought Jenna was a bit of an oddball, but ever since she helped them prove that Aimeigh was behind the stunt that would have gotten Sloane kicked out of school, Jenna had been okay in his book. He wasn’t really sure if the three of them were friends, exactly, but they ate lunch together almost every day.
“You can’t use my likeness without my consent,” Sloane insisted. “I haven’t signed a release.”
He knew she was only teasing. And, lucky for them both, he loved to play this kind of game.
“You want me to flunk out of Cinematography?” He pressed his free hand over his heart. “I would get kicked out of school, my dad would kick me out of the house. I would be living on the streets, with no prospects for the future. Is that what you want?”
Sloane’s expression turned sly. “If your dad kicked you out, you could live in my closet. My mom would never notice.”
He waggled his eyebrows at the possibility.
“Fine,” she said with a great big sigh. She looked direction into the lens. “For the sake of keeping a roof over your head, you have permission to film me.”
“I knew you’d relent.”
She smirked. “Oh, did you.”
“I am impossible to resist.”
She leaned close and he twisted the phone to capture the moment as she said, “You really are,” against his lips.

And don’t forget to enter the contest for a chance to win a ton of books by Tera Lynn Childs, and more!

To enter, you need to know what Lee’s favorite number is. Being number 1 has always appealed to me. Add up all the favorite numbers of the authors on the GREEN TEAM and you’ll have all the secret code to enter for the grand prize! 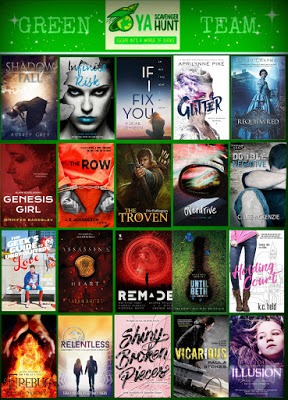 To keep going on your quest, you need to check out the next author! Aprilynne Pike