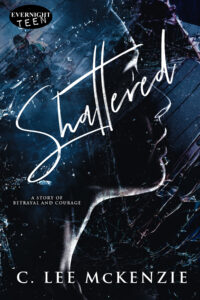 Shattered: A Story of Betrayal and Courage

Nineteen-year-old Libby Brown is on her way to the winter Olympics for her shot at the Gold. But on a last practice run, an out-of-bounds snowboarder collides with her, and she wakes up in a hospital unable to move her legs. Terrible accident they say, but was it? Or did someone want her off the U.S. slalom team? Libby must find the truth or remain shattered forever. 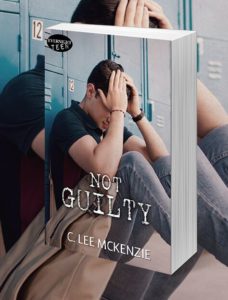 “NOT GUILTY is a compelling, engrossing, and ultimately uplifting and rewarding read. I couldn’t tear myself away!”
—Cheryl Rainfield, author of Scars, Stained, Hunted and Parallel Visions.

The evidence points to Devon Carlyle. He was there when it happened. Everyone knows he had it in for Renzo Costa. And Costa says Devon was the one. In the judge’s rap of a gavel Devon’s found guilty of assault. The star of the Oceanside High’s basketball team loses his shot at the one thing he’s worked so hard for—the championship game where college scouts could see how good he is.

Now he makes his great shots in Juvenile Hall with kids far different from those that have always been in his life.
Angry? Hell, yes.

He’s bent on finding who did the crime. He’s bent on making them pay because he’s Not Guilty.

But can he prove it? 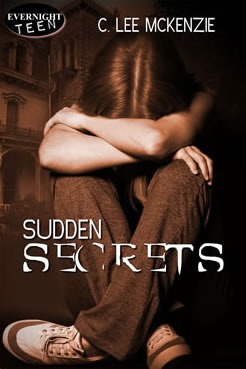 One Secret
Cleo has struggled to heal after her baby sister’s death, but the flashbacks to the accident won’t go away. With the move, she vows to keep her tragedy a secret and avoid pitying looks.

One Mystery
Something’s strange about the abandoned house across the street—flashes of light late at night and small flickers of movement that only someone looking for them would see. Everyone says the house is deserted, but Cleo is sure it isn’t, and she’s sure whoever is inside is watching her.

Another Secret
In one night, Belleza’s life changes forever. So famous, her only choice is to hide her secret from the world so she can silence small town bigotry. Then Cleo happens. 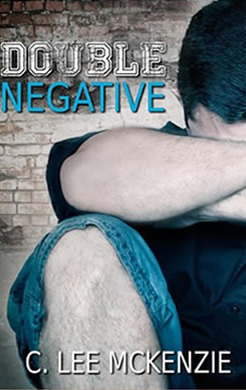 Ezvid Wiki features DOUBLE NEGATIVE in its TOP TEN Stunning YA Books That Chronicle The Tough Realities of Growing Up.

“My life was going, going, gone, and I hadn’t been laid yet. I couldn’t go into the slammer before that happened.” Hutch McQueen.

Sixteen-year-old Hutchinson McQueen is trapped between an abusive mother and an absentee father. Shackled by poor vision and poor reading skills, he squeaks through classes with his talent for eavesdropping and memorizing what he hears. After another suspension from school and suffering through one of his mother’s violent attacks, he escapes to a friend’s house that turns out to be a meth lab. The lab is raided and Hutch lands in juvenile detention. When the court sentences him to six months in a new juvenile program, he meets a teacher with Alzheimer’s who will change his life and hers. 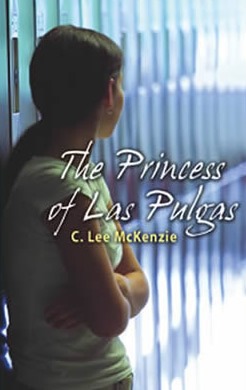 “Last night I pleaded with Death, but he turned a bony back to me, pushed Hope into the corridor and shut the door.

“So what’s it about?
Carlie Edmund has everything: a loving family, good friends, a perfect home and wealth and status; then in her junior year of high school all of that changes. How will Carlie take on the challenges of living in a different world, a world where she doesn’t “fit” and where nothing is as it should be?

“The Princess of Las Pulgas is a beautifully written, meaningful, young adult novel. Carlie Edmund will jump off the page and pull you into a poignant and timely story of loss and ultimate gain. She’ll take you into a world where stereotypes are shattered and truth is discovered deep beneath the surface. “
– Francisco X. Stork, author of Marcelo in the Real World, a New York Times Notable Children’s Book of 2009, a Publishers Weekly Best Book of 2009, and a 2010 YALSA TOP 10 Best Books for Young Adults

“C. Lee McKenzie paints beautiful pictures with words in a story about losing everything and finding it again in places you least expected. From the first page you’ll be drawn into the poignant world of Carlie, The Princess of Las Pulgas, falling in love with her as she deals with the loss of her dad and then almost everything she thinks is important. A must read for lovers of finely crafted contemporary fiction.”
– J.E. MacLeod, author of Waiting To Score 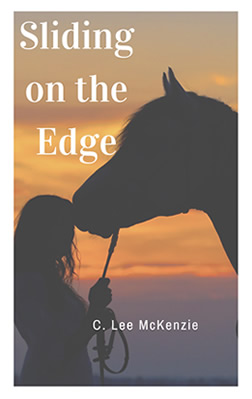 Sliding on the Edge

Something’s wrong. It’s not a heart-grabbing noise like when somebody jiggles the doorknob to see if it’s locked.
It’s not a bitter smell like the electrical short we had last month, when all the breakers popped. No. It’s something in the air, something like a ghost making its way through the room. And it can’t be Monster, not after last night.

Shawna Stone is sixteen going on twenty-five.
Already deeply scarred, she has learned to survive with a tough attitude and a thin blade. Her journey is destined to be short. Sliding on the Edge enters the world of a desperate teen and her disillusioned grandmother, each with secrets that stir mutual distrust. As these two unlikely companions struggle to co-exist we are reminded that the human spirit has the capacity to overcome even the deepest suffering. 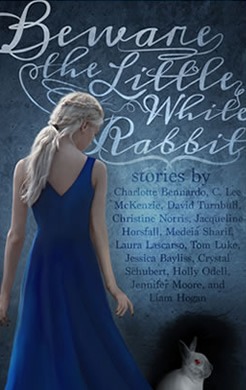 Beware of the Little White Rabbit

My short story in the anthology is They Call Me Alice.

Thirteen enthralling voices in young adult fiction lead you down the rabbit hole in this nod to the 150th anniversary of Lewis Carroll’s timeless character, ALICE. Mystery. Madness. Mayhem. Each story in this collection will intrigue, bewitch, and enchant. From rich historicals, castle towers and deathly plagues, gritty urban explorations, intrepid reporters, would-be car thieves, watchmakers, futuristic wormholes, secret workshops… to the last human in a world ruled by machines.

What wonders await, oh curious reader. For the rabbit knows the truth…

Here’s how They Call Me Alice begins:

They call me Alice, but that’s not my real name. It’s a convenient one, one that my Kansas parents can easily say. Sing Yanyu is how my mother called me. For a while after she was gone, I dreamed the melody of her voice, but I can’t hear those sounds anymore. My ears have lost all their music. 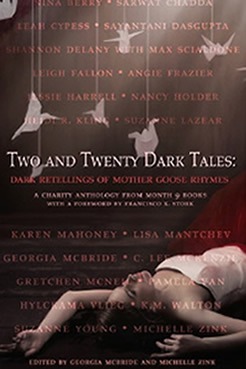 Into The Sea of Dew

is my short story in Two and Twenty Dark Tales

Excerpt: Into the Sea of Dew By C. Lee McKenzie based on Blinkin’ Winkin’ and Nod
In the week before the moon found them beneath the bloated bellies of storm clouds, they drifted in the lifeboat without sight of land. The boys, the stowaways, the survivors.

And Miranda.
She hunkered under the tarp and a soggy blanket, peering out at them with worry and a sizable dose of fear. She was adrift in a foreign sea, among strangers. Yet one of those three had hauled her from the water and saved her life.
Which one? Maybe Winker. He was skinny and had some kind of tic in his cheek that made his left eye twitch, especially when he looked her direction. Or was it the guy whose name started with B? What was it? Blandy? Blakie? He had a vacant look, and his lips were always moving, like he was telling himself secrets. 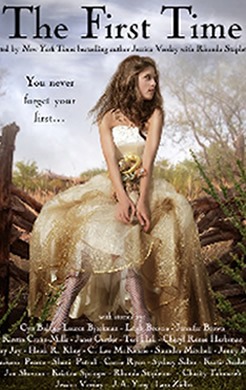 is my short story in The First Time
Excerpt: Premeditated Cat By C. Lee McKenzie
Nikki stepped into the classroom the smell of Lysol and polish and just a hint of last semester stirred in the air. Luckily, someone had opened a window, so smells of summer were already filtering inside.

She wouldn’t be here on this beautiful day if Clark didn’t pound on her mom all the time, if he would move out, if this were any other class, but art. Art was a refuge, her only one in summer.