I’ve featured this anthology during January, and I hope you’ve enjoyed meeting some of the authors. Now here’s Loni Townsend to wrap up this Featured Author month. 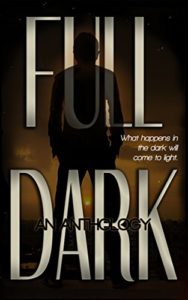 Thanks for featuring FULL DARK this month and letting me pop onto your blog, Lee. I got pretty lucky when it came to this anthology. I’m critique partners with Melissa Maygrove, and I kept in touch with her via email. She had previously mentioned her desire to do an anthology, and I told her to keep me in mind if she ever wanted contributions. My story, Just a Matter of Time, came to me one afternoon, and I ended up pounding out the short story within a few hours–the fastest I’ve ever finished a story. It took about four revisions before it was where I wanted it to be, but once it was there, I was smiling. I didn’t originally write it for the FULL DARK anthology, but I knew it’d be a good fit and sent it to Melissa to see what she thought. Much to my joy, she agreed.

Just a Matter of Time is actually the first one in the anthology, and as I cruised through the anthology’s preview, I found you can actually read the whole story in the provided Kindle snippet. I’d definitely recommend checking it out, and then picking up a copy to read the rest of the fabulous stories. All proceeds are donated to the Gary Sinise Foundation.

Loni Townsend – Wife. Mother. Writer. Ninja. Squirrel. By day, she writes code. By predawn darkness, she writes fantasies. All other times, she writes in her head. People call her peculiar with a twisted sense of fashion, but don’t let those understatements fool you. Her behavior is perfectly normal for a squirrel disguised as a human. That’s part of being a ninja—blending in. Find her at her blog at http://lonitownsend.com.

Thanks so much, Loni.

When I read Loni Townsend’s contribution to FULL DARK, I applauded her fresh take on an ancient story. Her MC was perfect for this century.

For thousands of years, the Grim Reaper, has roamed the earth, reaping human souls. He really comes into his own on October 31. He’s easy to spot: skeleton, hooded robe, scythe, and the imagery is clear. But when did this spooky character emerge? From what I could find, he arrived with the pandemic called the Black Death in the 14th century. Now that I’ve spread cheer, want to take another of those little T/F quizzes? Well, just in case, here’s one for you.

Answers to last week’s T/F Quiz on anthologies and sci-fi.

1 Early science fiction was developed and nurtured in serial newspaper articles.*FALSE. It was the pulp magazines like Amazing Stories that really gave sci-fi the boost in popularity.

2 One of the early sci-fi pulp fiction magazine was edited by Hugo Gernsback. The Hugo Award was named after him. 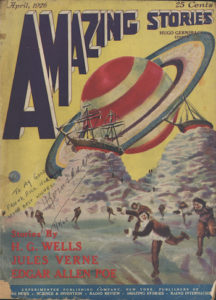 Quote of the Week: “I drive a motorbike, so there is the whiff of the grim reaper round every corner, especially in London.”
― Benedict Cumberbatch