You are here: Home / Uncategorized / Some Drac Facts

I hadn’t read Dracula in a long while, so I checked out a copy of the latest edition and found a fascinating introduction by Joan Acocella (American journalist and dance critic for the New Yorker.) She shared so many interesting facts that I’d either forgotten or never heard of, and, since they heightened my appreciation of this iconic novel, I thought I’d share some with you to celebrate this dark season.

First, as you probably know the lovely idea of the living dead wasn’t orignial with Bram Stoker. These creatures had been around in European folklore for a long time before Stoker created the sensual count and captured the imagination of the reading public. “Captured the imagination” is another way of saying “lured them with the forbidden.”

The idea of the suave, enticing male figure didn’t originate with Stoker. It was Lord Byron’s personal physician, John Pilidori,  who wrote The Vampyre: A Tale and published it in 1819. He might even have crafted his undead character after the handsome Byron himself and used an outline of a story Bryon had started. By all accounts, The Vampyre was an erotic tale, luring readers with innocent virgins and an irresistible fiend. Wowzer! No wonder it was a hit. Remember, in last week’s post I suggested writers could keep readers hooked by exploring taboos; the good doctor must have known that.

Here’s something I had never read before. Mary Gowin was a guest of Lord Byron’s good friend and neighbor,  Percy Bysshe Shelley, during a summer stay at Lake Geneva. As a game several of the guests wrote or started to write ghost stories. While Polidore worked on his Vampyre story, eighteen-year-old Gowin began writing Frankenstein. This was in 1816. I would say that there were some significant ghostly vibes around that Swiss lake that year.

There have been more than 150 movies made about Dracula. The first one was a silent film titled Nosferatu and came out in 1922. 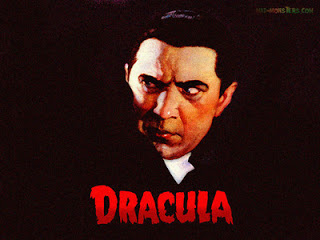 Bella Lugosi began playing Count Dracula on stage in 1927 and became the count on screen for most of his career. It wasn’t what he wanted, but in the end it made him famous. Ms. Acocella writes, “[Lugosi] was buried in his Dracula cloak.”

Bram Stoker was born outside of Dublin in 1847. He was very ill  and bedridden until he was seven, and mentioned how that time alone, turned him into an introspective person whose thoughts during those early years became books in his later ones.

About 1871 he turned to acting, but didn’t do very well. Next he became a drama critic (sounds like revenge to me) and started to write short stories. His first novel, The Snake’s Pass was published in in1890. He publishes Dracula in 1897.

So what other facts are there about our famous writer and his famous book, Dracula? Can you share them here? Thanks.